Paul has been an on air host for the Comcast Network and its predecessors since 1986. Beginning with Continental Cablevision to AT&T Universal and other steps along the way to the current Comcast Xfinity Network.

In 1986, Paul hosted the Live Call-in TV show “Inside Your Government.” It was followed by “The Journal,” a Newsmagazine, and regular entertainment segments for a show called “Prime Time Chicago.”

This page is dedicated to Paul’s work as anchor of Newsmakers which he has hosted for nearly 20 years, and Broadway in Chicago Backstage, a popular show since it’s premiere in 2010.

“Comcast Newsmakers” addresses social, political and entertainment topics often with a focus on particular communities.  The five minute program was a twice-an hour staple on HLN for many years, and now airs On Demand on Comcast. Segments are also available on-line at ComcastNewsmakers.com.

If you enjoy my work on the Comcast Network, feel free to subscribe to Xfinity Cable Service at www.Comcast.com

From the first show on “Billy Elliott” all the way through Wicked, book of Mormon, Kinky Boots, Hamilton, Tootsie, Dear Evan Hansen and so many others, the half hour show includes in-depth interviews, performance and audience questions.

If you enjoy my work on the Comcast Network, feel free to subscribe to Xfinity Cable Service at www.Comcast.com

Through the years, Paul has hosted several Emmy nominated and Emmy Winning Specials. They have included a look at Honor Flight Chicago (called “Day of Honor”), The legacy of Abraham Lincoln (“Footsteps of Lincoln”), and the Illinois Holocaust Museum and Education Center (“Site of Remembrance”). Additional programs were full-show interviews with President Barack Obama before his move to the White House, the legendary Supreme Court Justice Ruth Bader Ginsburg, Chicago’s longest serving Mayor Richard M. Daley,” and a look at the history of the iconic Stevenson family as told by Former Illinois Senator Adlai E. Stevenson, III, among other shows.

Paul began hosting “Broadway in Chicago Backstage” in 2010. The program showcases the stars and creative teams behind the leading shows that come to the major stages in Chicago. 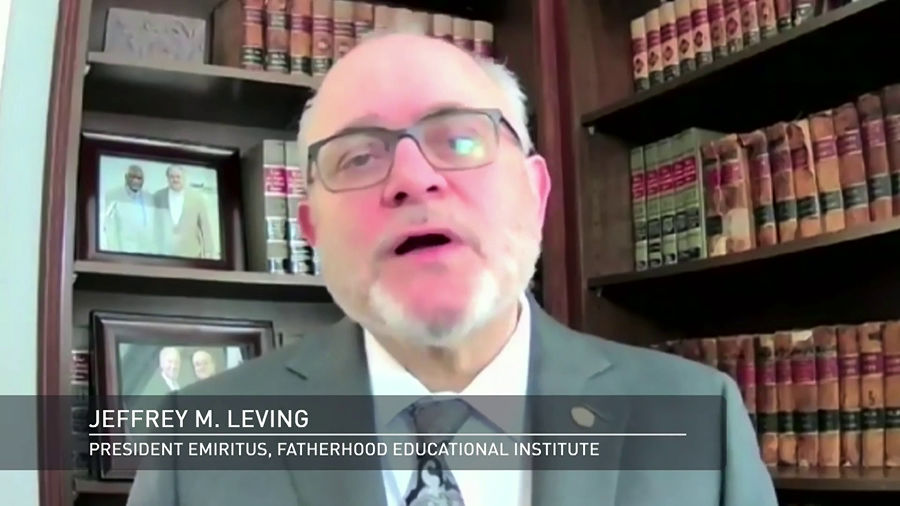 Justice and paternal involvement shouldn't be a luxury only the rich can afford. Fatherhood Educational Institute is for dads who have fallen on hard times & need to learn parenthood skills so that every child can have a great involved father. 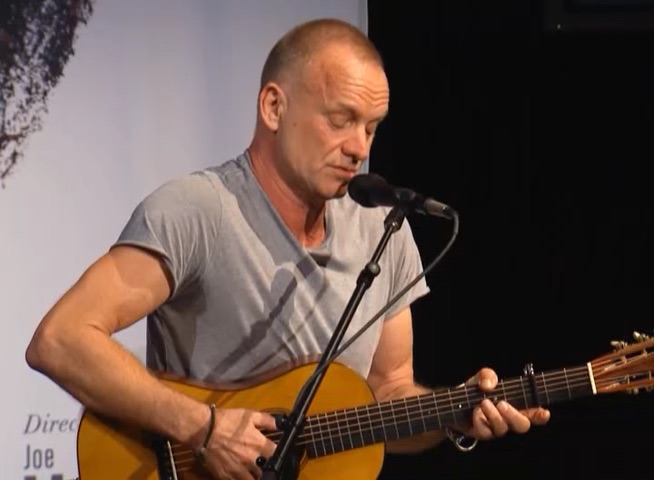 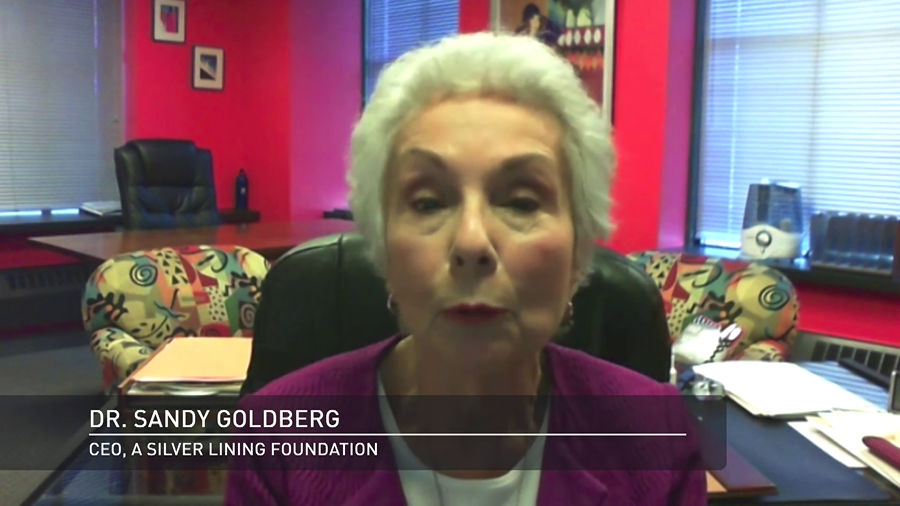 It's All in the Testing - Dr. Sandy Goldberg

The pandemic has made it difficult for individuals to have regular breast cancer screenings. But there is a silver lining. A Silver Lining Foundation provides access to cost free breast health testing and turns no on away. 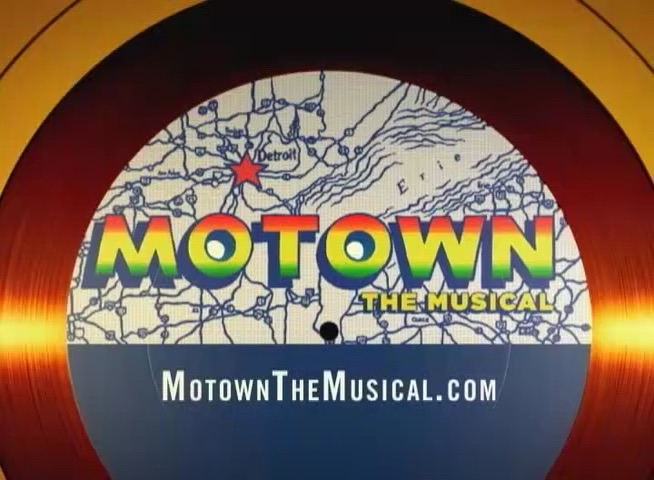 The story of the magic created by Berry Gordy that became Motown and changed music forever. Mr. Gordy appears in this hour long Backstage which explores not only the Broadway musical, but the history of Motown as well. 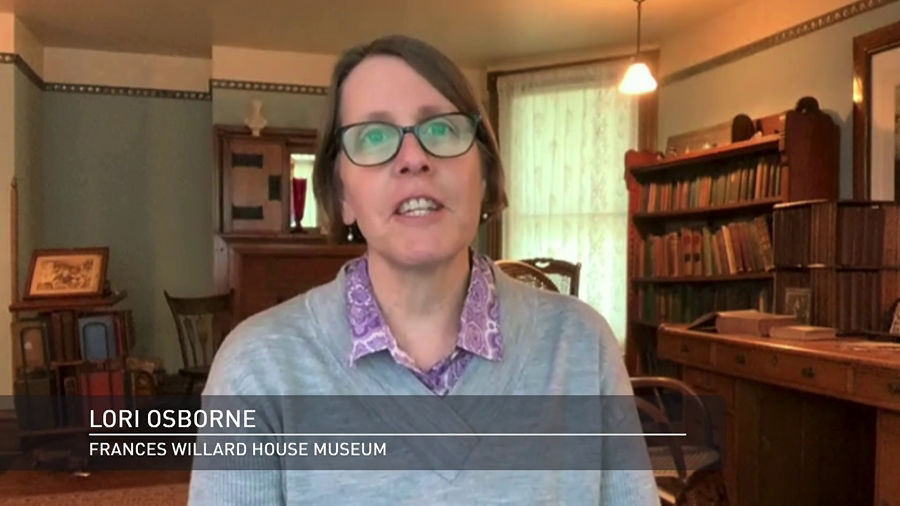 Frances Willard was a social reformer, activist and member of the temperance movement. We learn more about her history at the Frances Willard House Museum with Director Lori Osborne. 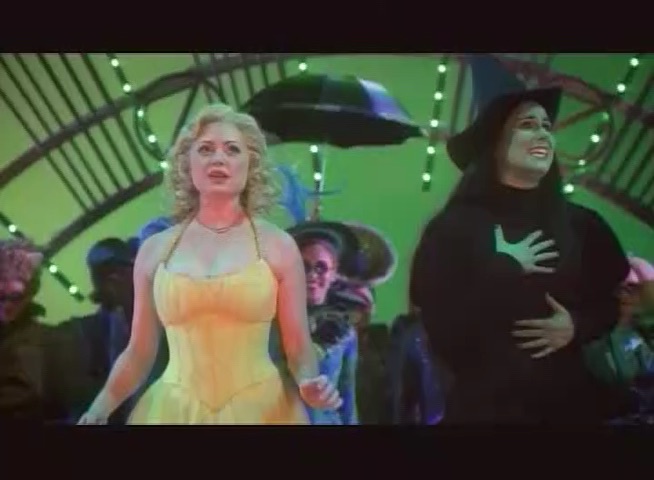 One of the longest running shows on Broadway, this telling of the pre-story to the Wizard of Oz has been entertaining audiences for over 15 years with an incredible score by Stephen Schwartz. 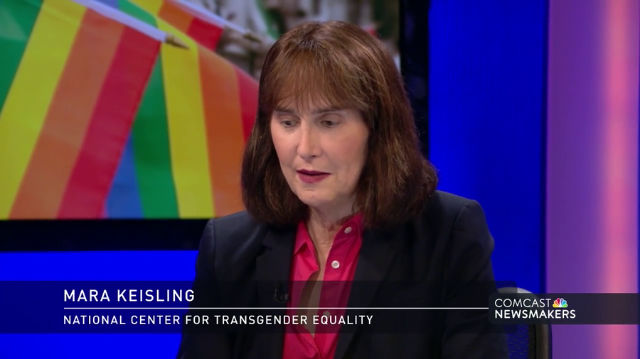 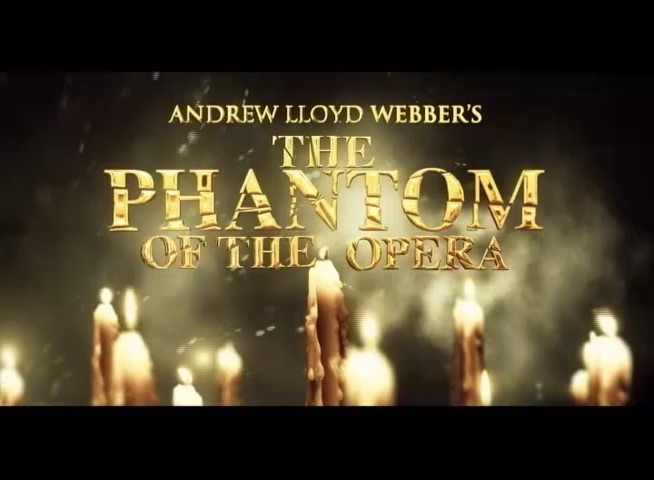 Phantom of the Opera

This classic of Broadway created by Andrew Lloyd Webber looks inside the history and magic that Broadway audiences will likely go to see forever! 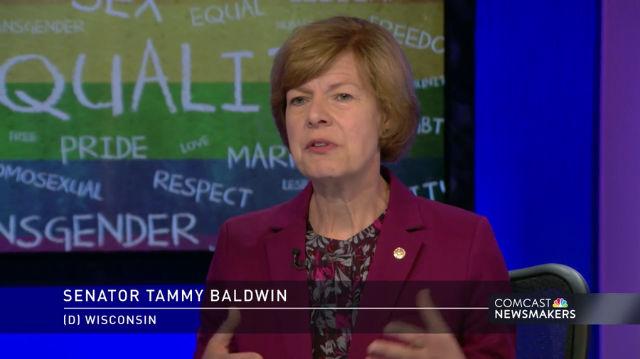 In 2012, Sen. Tammy Baldwin, D-Wis., became the first openly gay person elected to the U.S. Senate. Baldwin is co-sponsor of the Equality Act of 2019, pending legislation that aims to curb discrimination and extend civil rights protections to the LGBTQ community. 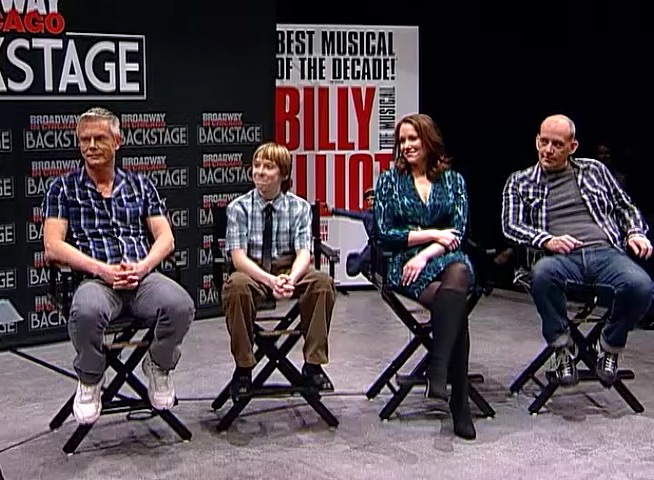 This was the very first Backstage show recorded and in presenting the story of a young British boy who wanted to be a ballet dancer to the dismay of his family, it’s a heartwarming story that has charmed audiences for many years, 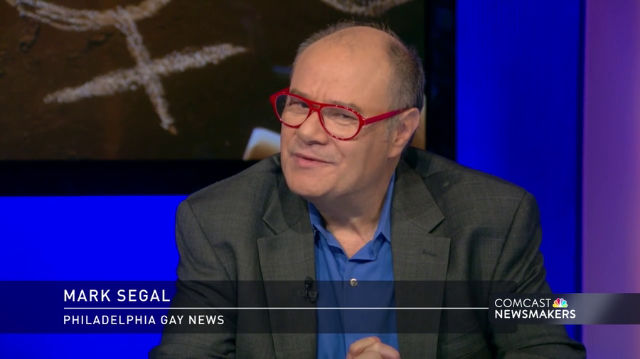 The life story of Gloria and Emilio Estefan who made the sound of Conga music incredibly popular. Gloria’s near-fatal car accident presented a challenge that may have ended their career. But Gloria and Emilio were not. 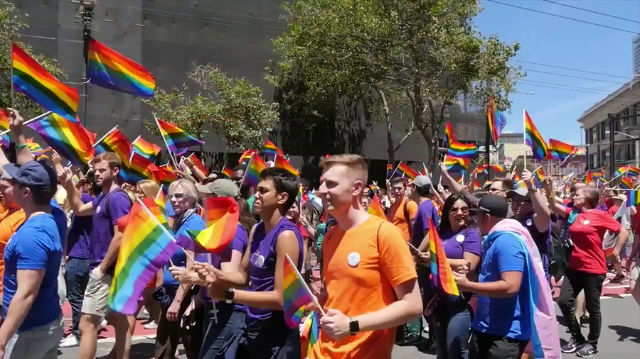 The 1969 Stonewall riots are widely recognized as a catalyst of the modern movement for lesbian, gay, bisexual, transgender and queer equality. Fifty years later, what is the status of LGBTQ rights? Mark Segal, LGBTQ activist, journalist and publisher of Philadelphia Gay News, reflects on the history of the LGBTQ equality movement and the status of LGBTQ rights today. 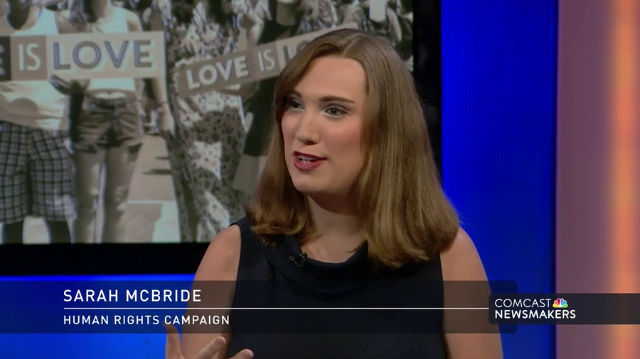 A 2017 Pew Research Center study reports that Americans are becoming more accepting in their views of LGBTQ people, with 63 percent of respondents saying that homosexuality should be accepted by society. However, when it comes to transgender people, the public is split over whether acceptance has gone far enough, too far, or if the current level of acceptance is just right. As the movement for LGBTQ equality continues, what is the state of discrimination on the basis of gender identity and expression? Sarah McBride, National Press Secretary for the Human Rights Campaign, published her coming-out letter in the student newspaper at American University, launching her career as a transgender advocate and putting a face on the cause for transgender rights. 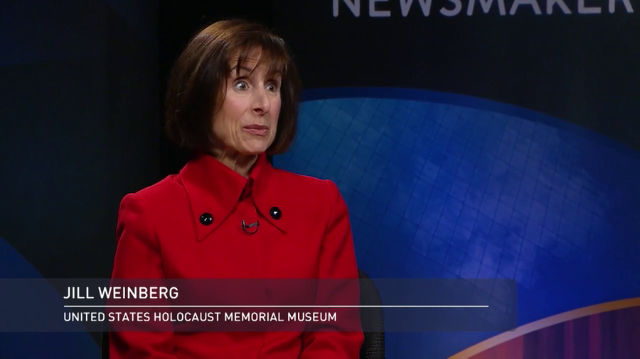 Past and Present Lessons - Jill Weinberg

Jill Weinberg is the Executive Director of the U.S. Holocaust Memorial Museum’s Midwest Office. She is responsible for raising over $170 million for the D.C. museum over the past 28 years. She is vital in organizing the annual luncheon, which is expected to raise $5 million this year. Before joining the Museum, she work with the JUF of Metropolitan Chicago for 11+ years. Celebrating the United States Holocaust Memorial Museum 25th Anniversary, over 2,000 Chicagoans will gather on October 15 at the Sheraton Grand Chicago for the annual “What You Do Matters” luncheon. The annual Chicago fundraiser is the largest event of its kind for this national museum. Previous Chicago luncheons raise $5M+ at each event. These funds secure the permanence of Holocaust education and remembrance, confront global antisemitism, and prevent genocides. We’re eager to talk to Jill about her work with the D.C. museum and why this year is so important for the museum. 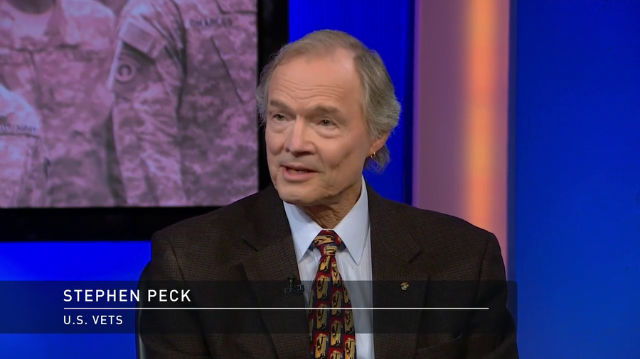 A discussion with Stephen Peck (son of Gregory Peck) President and CEO of U.S. Vets.American veterans who have served in every war since WWII comprise approximately 11 percent of America’s total homeless population. And many more are at risk for homelessness. While housing is vital, employment and mental health services for our nation’s at-risk veterans can help prevent homelessness. 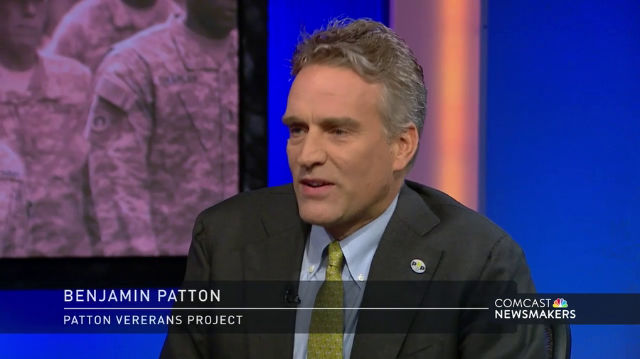 Every day, 20 veterans die by suicide, with rates increasing among veterans under the age of 35. And while help may be available, the majority of those suffering with post-traumatic stress disorder (PTSD) do not seek assistance. Benjamin Patton, Founder and Executive Director of the Patton Veterans Project and grandson of famed U.S. Army General George S. Patton, discusses a new approach to help veterans through the power of filmmaking.