Behind the Curtain presents current political topics and key political figures, authors and analysts to discuss the political climate of the day. In addition, the podcast let’s Paul extend the reach to the world of theater, TV, arts and entertainment. Leading figures from Broadway, current television and film actors and classic TV personalities make for an eclectic and enjoyable weekly podcast. The guests include both national and local people to tell the stories that need to be told. You never know who will turn up from show to show.

Paul is also a frequent fill-in host on WGN Radio for various news, business and entertainment programs and can be heard on 720AM when he is live.

In his past radio work, Paul hosted The Paul Lisnek Show on WVON-AM radio (“The Talk of the Nation”) from 2008 to 2012. That began a career that led him to add WGN Radio to his TV roles.

This page shares a few of Paul’s most recent podcasts which he thinks you would most like to listen to,  plus below you can listen to what Paul considers to be his “Classic” interviews with major figures that truly stand the test of time.

Paul hosted The Paul Lisnek Show on WVON-AM radio (“The Talk of the Na2on”) from 2008 to 2012. That began a career that has led him to fill-in frequently on WGN-AM radio for various morning, afternoon and evening shifts.

In addition, he began a podcast called “Behind the Curtain,” in 2016  which addresses the political topics of the day, but also shows the other side of Paul, his love of theater and the arts. Interviews with entertainment figures from Broadway to Hollywood and beyond are frequent on this podcast which has become a “must do” interview for many leaders in the entertainment industry. This page shares the most recent podcasts in the order they aired, plus below you can listen to what Paul considers to be his “Classic” interviews with major figures that truly stand the test of time.

This week, Paul goes behind the curtain for a really interesting and insightful conversation about social media and social influence. How did this area develop, what do those who do it right to gain the followers.

Legendary actress Ruta Lee spills it all on Classic Hollywood in a new autobiography tell-all! 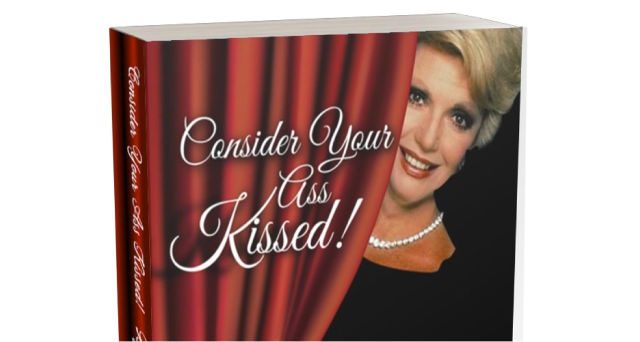 This week, Paul goes behind the curtain with legendary actress Ruta Lee. Starring in the classic movies “Seven Brides for Seven Brothers,” and “Witness for the Prosecution,” appearing in countless classic TV shows

“Frankly We Did Win This Election: The Inside Story of How Trump Lost” author Michael Bender’s Inside Look at Trump’s Last Year

This week, Paul goes behind the curtain with Michael C. Bender, Senior White House Reporter for the Wall Street Journal discussing his New York Times Best Seller “Frankly We Did Win This Election: The Inside Story of How Trump Lost.

‘The Triumph of Nancy Reagan,’ a new biography by Washington Post’s Karen Tumulty 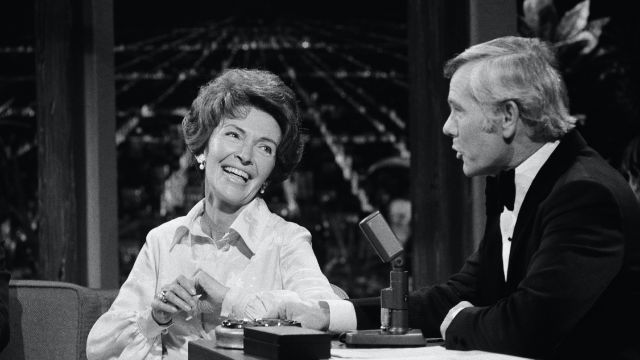 This week, Paul goes behind the curtain with the author of a new in depth biography of First Lady Nancy Reagan, Washington Post Deputy Editorial Page Editor and political columnist Karen Tumulty. 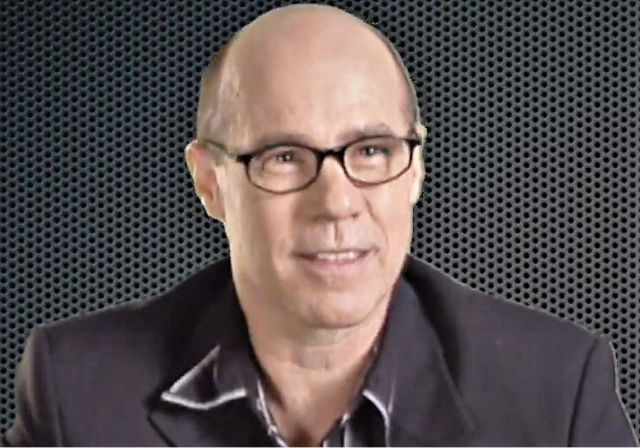 This week, Paul goes behind the curtain with former child actor Barry Livingston to talk about his new film (now in theaters and available for streaming rental) called Notorious Nick. 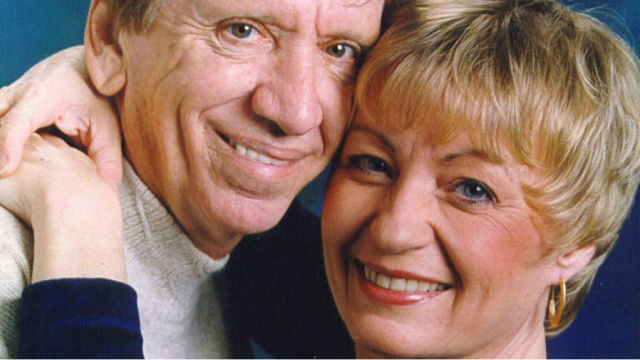 This week Paul goes behind the curtain with Dreama Denver the widow of Bob Denver, forever remembered as Gilligan from Gilligan’s Island and Maynard G. Krebs from “The Many Loves of Dobie Gillis.” 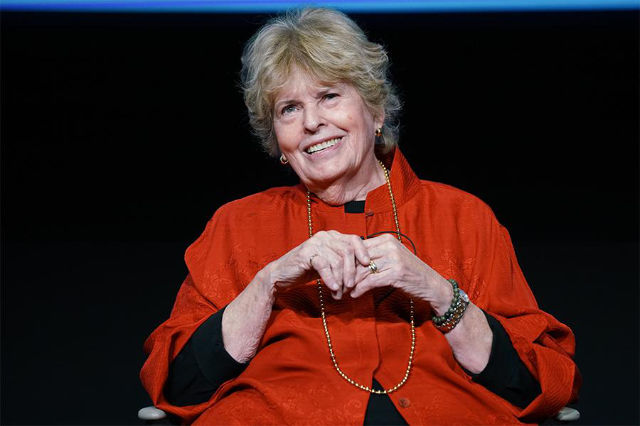 This week, Paul goes behind the curtain with the daughter of the legendary comedian Bob Hope. The co-author of the book “Dear Bob…Bob Hope’s Wartime Correspondence with The G.I.s of World War II,”

‘Prison Clown,’ new book explores Richard Keith’s time in prison, and the unfair prosecution process that sent him there 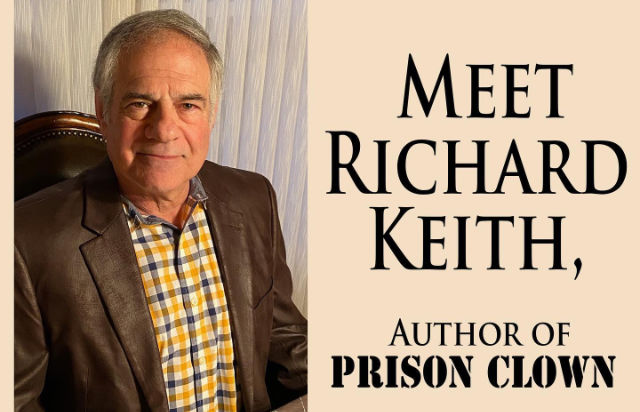 This week, Paul goes behind the curtain with author Richard Keith to discuss his new book “Prison Clown,” exploring the years he spent in federal prison for what most would consider to be no crime at all.

This week, Paul goes behind the curtain with the co-author of a new book “Dear Bob….Bob Hope’s Wartime Correspondence with the G.I.s of World War II,” Martha Bolton. Martha was the first woman staff writer for Bob, helping to write his TV shows, personal appearances and military shows as well. 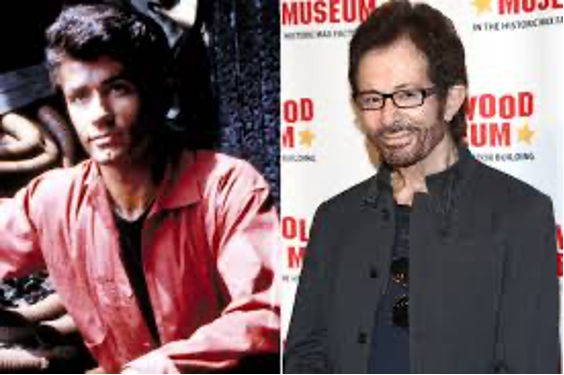 This week, Paul goes behind the curtain with Academy Award Winner George Chakiris to discuss his new autobiography “My West Side Story: A Memoir.” This is a must listen podcast for West Side Story fans.

Mayor Pete’s husband Chasten Buttigieg speaks out on his life

This week, Paul goes behind the curtain with Chasten Buttigieg, husband of “Mayor Pete” Buttigieg, former mayor of South Bend Indiana who took the national scene by storm in the 2020 Presidential election.

President Jimmy Carter: A full life you may not know much about – An interview with author Jonathan Alter

This week, Paul goes behind the curtain with award winning author, columnist, filmmaker and biographer, Jonathan Alter to discuss his latest book: “His Very Best: Jimmy Carter, A Life.”

This week, Paul goes behind the curtain with former Illinois Governor George Ryan to discuss his new book: “Until I Could be Sure: How I stopped the death penalty in Illinois.” 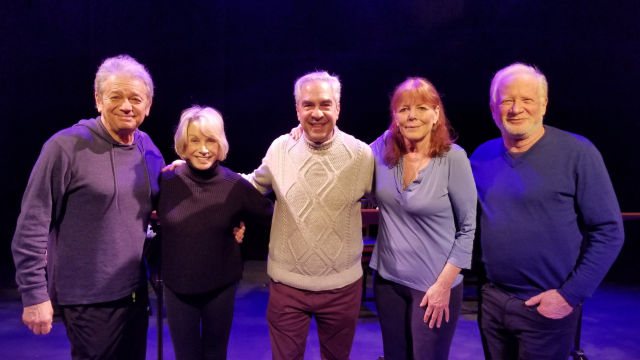 This week, Paul goes behind the curtain with Chief Official White House Photographer for the Obama administration, Pete Souza. Souza’s book “Shade” is NOT your average book of photographic memories.

Senator Sherrod Brown talks impeachment and his New Book “Desk 88;” “Too Hot to Handel returns to the Auditorium Theatre for 15th Year

This week, Paul goes behind the curtain with author Mark Larson to discuss his new book: “Ensemble: An Oral History of Chicago Theater.”

Meet Writer Steven Levenson (Dear Evan Hansen, If I Forget, Fosse/Verdon) and the cast of “IF I Forget” at Victory Gardens; and “Hedwig and the Angry Inch” at Theo Ubique 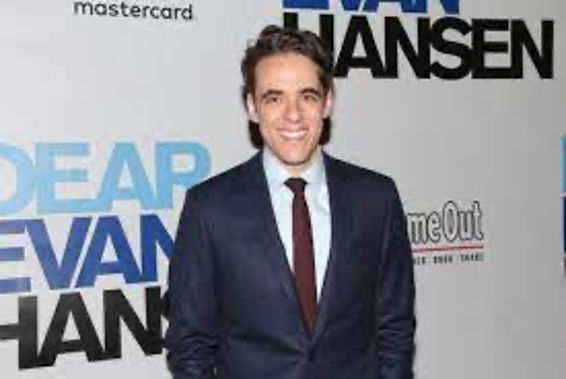 This week in a very special Behind the Curtain Paul talks with Tony Award Winning playwright Steven Levenson about the creation of the incredible show “Dear Evan Hansen,” TV’s Fosse/Verdon Mini-series ,  and “IF I Forget”

MASH Star Loretta Swit (Hot Lips) reflects on her Career and her Efforts to Assist Animals in Need with her New Art book: Switheart 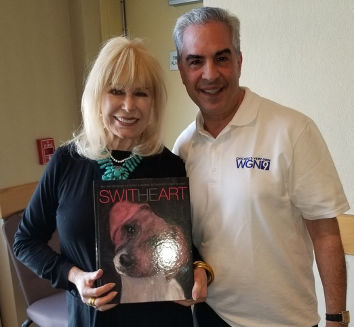 In this week’s podcast, Paul goes behind the curtain for an extensive conversation with Actor Loretta Swit who played Margaret “Hot Lips” Houlihan on the classic TV series MASH.

The WHOLE New World of Alan Menken-legendary Composer and Songwriter Plus, The Cast of Little Shop of Horrors at Mercury Theater; and Richard Pryor, Jr. the son of the legendary comedian on his new book 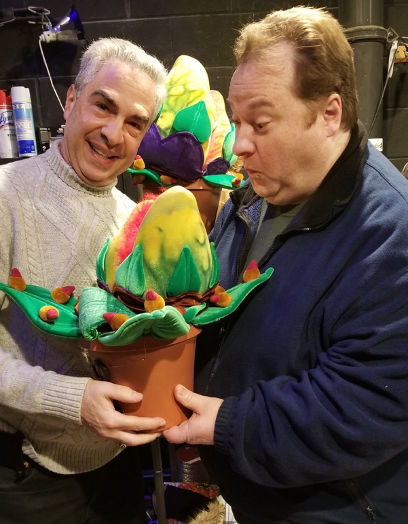 This week, one of the most exciting looks behind the curtain ever! First, a chat with legendary composer/songwriter/pianist Alan Menken (Aladdin, Beauty and the Beast, Newsies, Little Mermaid, Little Shop of Horrors, Bronx Tale)in which Menken  takes a look back on his amazing career as he readies for his appearance at the Auditorium Theater on March 30th for an evening of stories and music.

Singer Roslyn Kind releases new song to “Save the Country,” and The Disco King of Skokie Carey Weiman shares his incredible story recently captured in a documentary seen on PBS 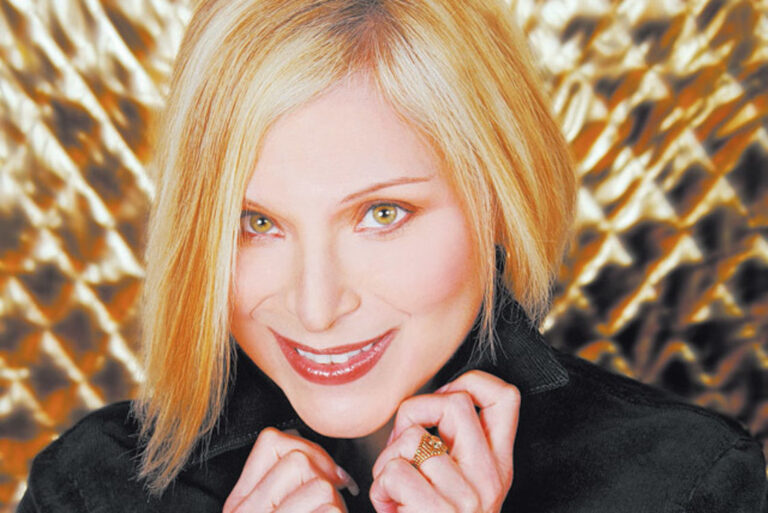 This week, Paul goes behind the curtain with Roslyn Kind…yes, she is Barbra Streisand’s sister but a force in her own right with an incredible voice and a passion for trying to replace the negativity in our country today with love and peace. The story beyind her newly recorded “Save the Country, “ now available on I-Tunes, Amazon, CD Baby, etc. is discussed as well as her plans for the future.

This week, Paul goes behind the Curtain with democratic nominee for IL Governor, J.B. Pritzker.

Mayoral Candidate Lori Lightfoot shares her platform for running the city of Chicago; and the Importance and Role of LGBTQ Theater in Chicago through the years and the current season at Pride Films and Plays 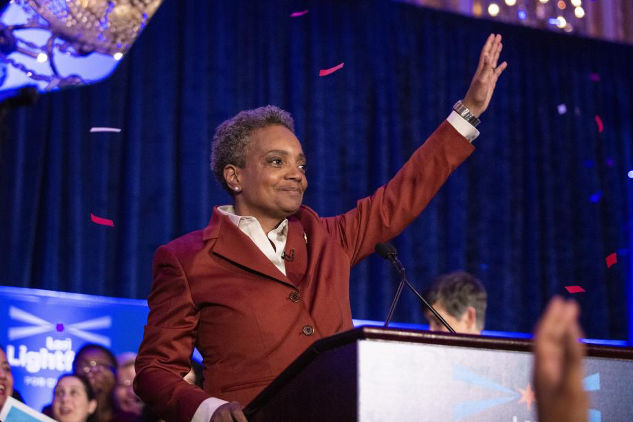 Paul goes behind the curtain of the upcoming Chicago Mayoral race with candidate Lori Lightfoot.

Happy Days Mom Marion Ross talks about her life and career, the Happy Days and Those That were Not! 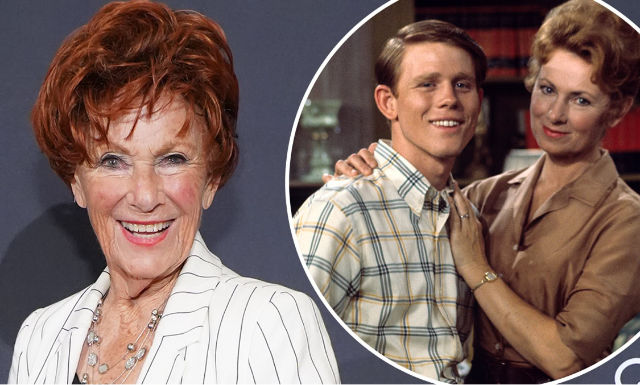 This week, Paul goes behind the curtain to chat with Happy Days Mom Marion Ross to discuss her new autobiography, “My Days: Happy and Otherwise.”

A Cast of Thousands….All in the Person of Legendary Impersonator Rich Little

This week brings you a special “Behind the Curtain,” as Paul talks one-on-one with legendary impersonator Rich Little. The man of a thousand voices, Rich tells many stories about some of the greatest celebrities of our times. 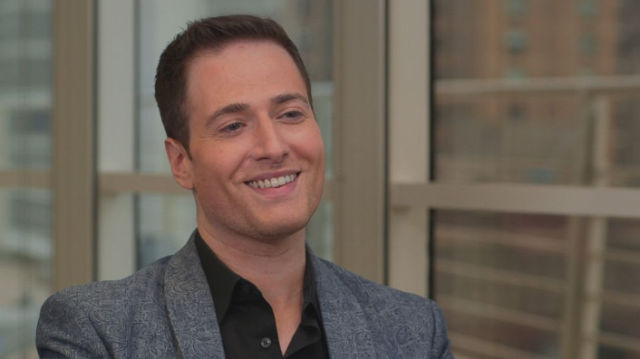 Paul Lisnek talks to Randy Rainbow about his political humor, gets a political update from Brad Bannon and learns some new tidbits about Al Capone from the author of Capone, Deirdre Bair. 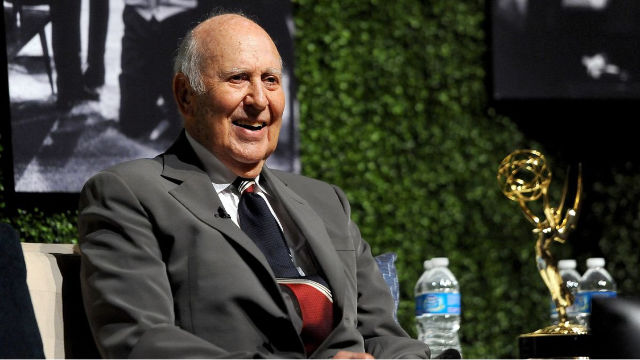 Carl reflects on his life and career as detailed in his book, “I Remember Me.” He was funny from the opening moments of the interview and thru his memories of the Dick Van Dyke Show and much more.

Interview of Bo Svenson from the Original Inglorious Bastards… 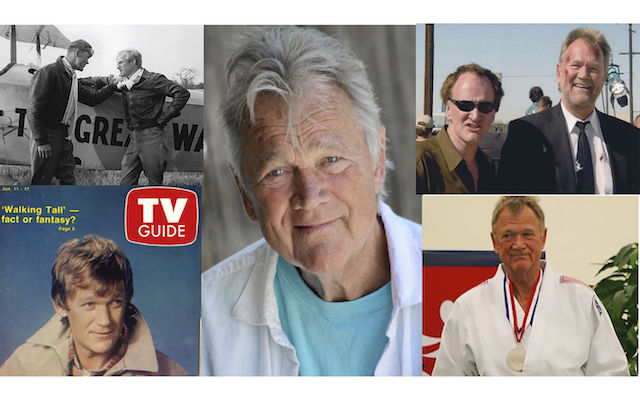 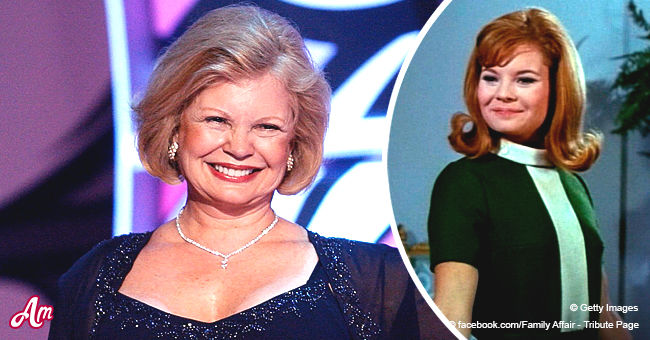 Kathy played Cissy Davis in the TV classic of the 1960s. Kathy reflects over her career during this interview. 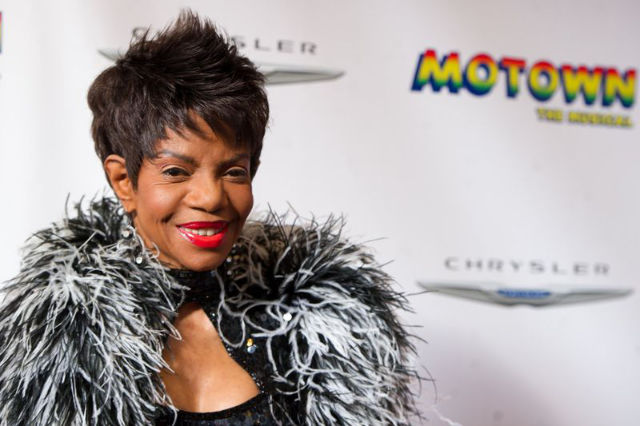 An amazing singer, Melba Moore joined Paul to talk about her career and a movie they appeared in together called The Heirloom. 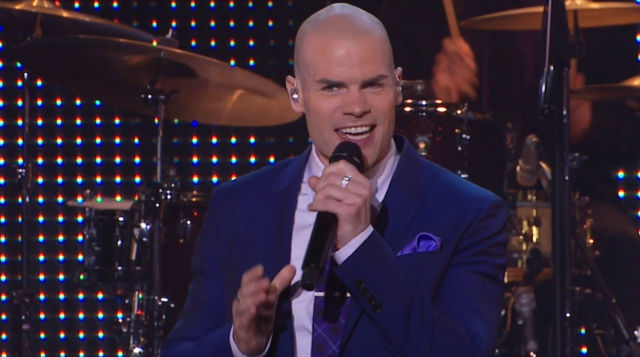 Cunio continues to amaze audiences with his amazing voice and broad range of talents. This interview from 2009, goes back to Michael playing Tommy DeVito in The Jersey Boys. A fun look at a career in its earlier days. Michael recently starred in Teatro Zinzanni in Chicago.

Simeon Wright. The cousin of Emmett Till 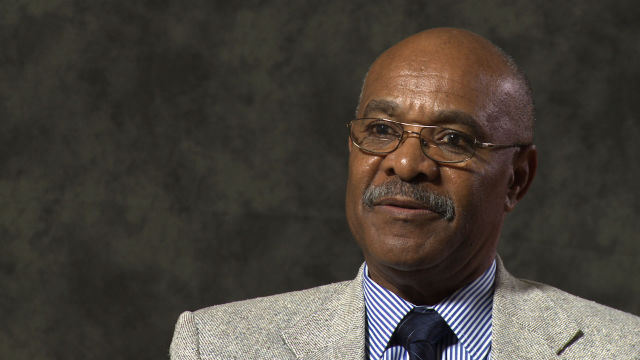 Now gone, Simeon wrote a book called “Simeon’s Story: An Eyewitness Account of the Kidnapping of Emmett Till.” He remembers and re-lives those days in this in-depth interview important to history.

The career of June Lockhart 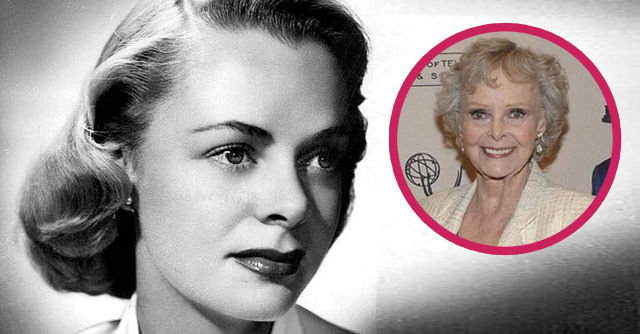 The Career of June Lockhart interview looks back at an amazing career of a woman who will always be remembered for playing the Mom in Lassie and also in Lost in Space, not to mention Petticoat Junction. If you watched TV in the 1950’s and 1960’s, it was impossible to miss a starring role by this wonderful actress. 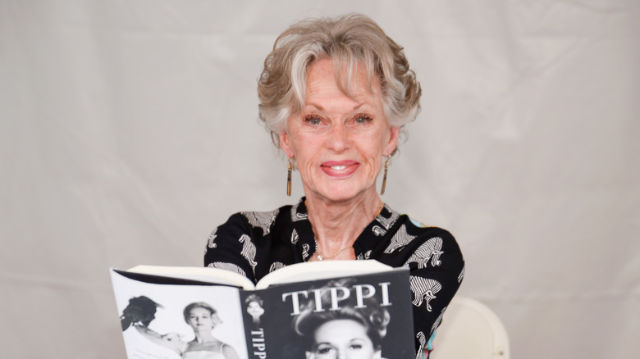 Tippi Hendron is well remembered for her starring role in Hitchcock’s The Birds.” She reflects on her career and a surprise moment happens when her daughter Melanie Griffith stops by and joins the interview!

Carol Channing reflects on her career

Carol Channing was a beloved star of Broadway and Film. Best known for Hello Dolly, Carol reflects on her career and is joined by her husband Harry Kulijian as they discuss their efforts to improve the work and quality of education in our country. 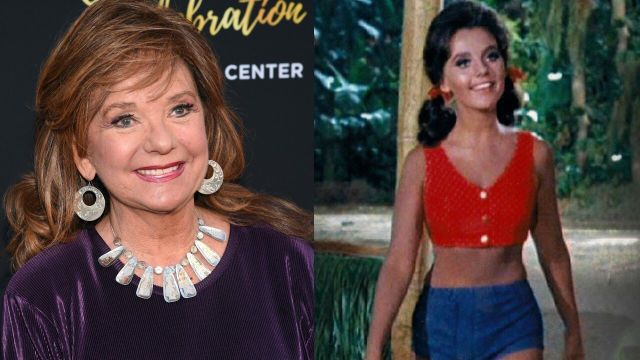 Dawn will forever be remembered as Mary Ann from Gilligan’s Island. She embraced that role and in this interview, she reflects back on her career with interesting stories about her castmates and the show which remains an iconic classic today.

Interviews with Marlo Thomas and Dan Rather 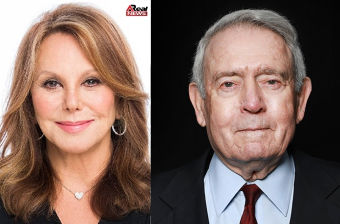 In this star-studded program, Paul talks with Marlo Thomas, the star of the TV classic “That Girl,” and about her father, the legendary Danny Thomas. She is married to TV talk show icon Phil Donahue and the conversation is wide ranging. Then Paul talks with legendary CBS News anchor Dan Rather about the state of journalism and politics.

Paul talks with Erin Murphy one of two real life twins who played Tabitha in the hit TV series Bewitched.